When Opera met Giuseppe Verdi at the Theater am Kärntnertor (English: Carinthian Gate Theatre) in Vienna… 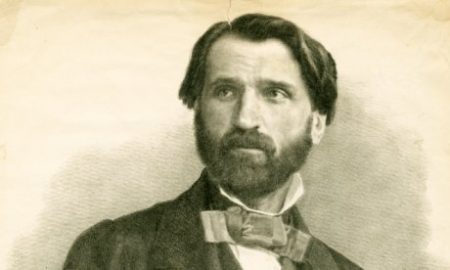 In March 1843, Giuseppe Verdi visited Vienna to oversee history unfolding, as the debut of his opera, “Nabucco,” at the Theater am Kärntnertor would be presented.

This theatre, whose official title was Kaiserliches und Königliches Hoftheater zu Wien (the “Imperial and Royal Court Theater of Vienna), was very prestigious during the eigthteenth and nineteenth centuries. Mainly famous composers, including Mozart, Haydn, Salieri, Beethoven and Schubert, Chopin and Schubert all presented their masterpieces there.

This production marked the first performances of any Verdi opera cast abroad. Gaetano Donizetti, who was musical director of the Kärntnertortheater during that time, conducted those performances. He later penned in a letter in January 1844, “I am very, very happy to give way to people of talent like Verdi… Nothing will prevent the good Verdi from soon reaching one of the most honorable positions in the cohort of composers.”*

Kärntnertortheater (English: Carinthian Gate Theatre) was very prestigious for being the Imperial and Royal Court Theater of Vienna during the eighteenth and nineteenth centuries. Built in 1709, it stood on the grounds of the present day Hotel Sacher.