Each month, talented Kristin Lewis Foundation scholarship award winners or finalists will be presented in La Fermata. They will be lovingly referred to as “Nightingales” and “Troubadours,” in homage to artists who have shared their gift of beautiful singing throughout history.

A “Nightingale” is derived from “night”, and the Old English galan, “to sing.” Its Old English form nihtgale, means “night and day songstress.” A “Troubadour” was a composer and performer of Old Occitan lyric poetry during the High Middle Ages. This word is etymologically masculine.

The Kristin Lewis Foundation, an organization that shines a spotlight on talented, young musicians, is extremely proud of all the wonderful singers who participate in its scholarship program. The fifteen finalists chosen from universities and colleges in America each year are invited to Little Rock, Arkansas for a two-day audition process, in competition for financial awards. Each participant is given an invaluable opportunity to work with esteemed professionals from leading, international opera houses during the scholarship auditions. These singers are among the next generation of great artists who intend to grace the world’s top opera stages.

The Kristin Lewis Foundation “Nightingale” for the month of September is 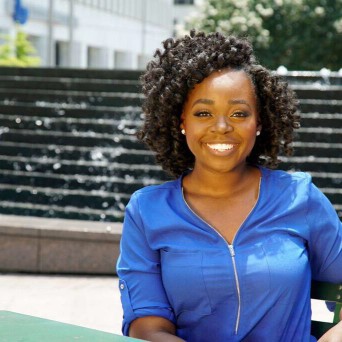 Since winning the Kristin Lewis Foundation’s Young Artist Award in 2016, Ms. Joseph has gone on to win other competitions such as 3rd place in Georgia District NATS, and the 2016 Orchestra Noir Virtuoso Collegiate Concerto Competition where she was awarded 3rd place and an opportunity to perform with Orchestra Noir under the direction of Maestro Jason Ikeem Rogers. Her most recent performances were as Donna Anna in Don Giovanni and Micaela in Carmen with the GSU Opera Theater under the direction of Mr. Carroll Freeman.

Ms. Joseph recently wrote to us:

“When I received the 2016 Kristin Lewis Young Artist Award, I was completely shocked and humbled. It is often rare to find artists who are so willing to give back to their community and finance the dreams of young singers. Furthermore, Ms. Kristin Lewis took the time to speak to every one of the contestants and make them feel so special and recognized. Not only was this competition rewarding financially, but also educationally. The one-on-one time with the judges after the preliminary round was so beneficial and insightful…”. 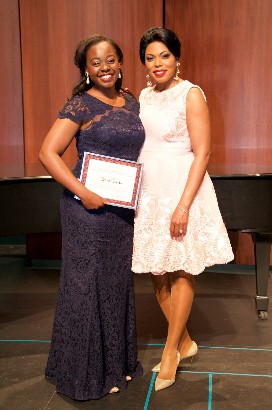 Melissa attended Georgia State University where her talent and hard work earned her a full scholarship with a Graduate Assistantship. In May 2017 she graduated from GSU with a Master of Music Degree in Vocal Performance.

In February, Melissa was selected as one of 10 finalists in the 2018 Grand Concours Vocal Competition in Austin, Texas. In March of the same year, she was featured in a concert featuring women composers. Under the direction of Harv Wileman, founder of Voices of Reason ensemble, she sang, “I am Moses the Liberator” from Nkeiru Okoye’s opera Harriet Tubman: When I Crossed That Line to Freedom. She has been a featured soloist in art shows and cabarets around the local Atlanta area. More recently, she was cast as Musetta in Peach State Opera’s production of Puccini’s La Boheme. During this fall season she will move to Boston, Massachusetts to further her private studies with Ms. Sharon Daniels, with the intention of obtaining an Artist Diploma in the near future.

We wish Melissa all the luck in the world, or, as they say in the opera world, TOI TOI TOI!