In every issue of our newsletter, one Kristin Lewis Foundation Vocal Scholarship finalist or award recipient will be lovingly presented as a KLF “Nightingale” or “Troubadour,” in homage to artists who have shared their gift of beautiful singing throughout history.

A “Nightingale” is derived from “night”, and the Old English galan, “to sing.” Its Old English form nihtgale, means “night and day songstress.” A “Troubadour” was a composer and performer of Old Occitan lyric poetry during the High Middle Ages. This word is etymologically masculine.

The Kristin Lewis Foundation, an organization that shines a spotlight on talented musicians, is extremely proud of all the wonderful singers who participate in its scholarship program. These singers are among the next generation of great artists who intend to grace the world’s top opera stages.

Chosen from universities and colleges across the country, finalists are invited to Arkansas for a two-day audition process and given an invaluable opportunity to work with esteemed professionals while in competition for financial awards.

The Kristin Lewis Foundation Troubadour for the month of April is Blake Densen, baritone. 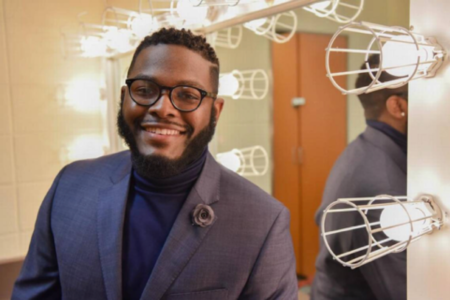 Bartitone Blake Denson began his musical life as a percussionist in the Paducah Tilghman High School band. He reflected upon his childhood by saying, “My mom always sang around the house, so music has always been around me.” He successfully made the shift from band to choir, and subsequently was accepted into the voice department at the University of Kentucky. 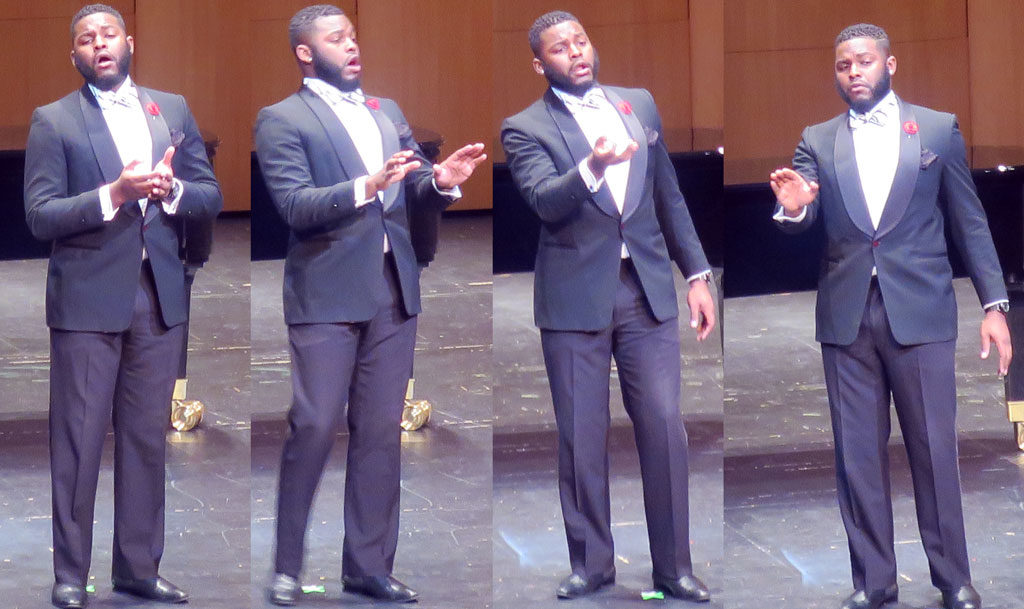 Since participating as a finalist in the Kristin Lewis Foundation’s 2018 Vocal Scholarship Audtions, Blake has graduated from the University of Kentucky with his Bachelor of Music in Voice. While there, he sang “Joe” in the UTK Opera Theatre’s production of Showboat and was featured in an article in the LEXINGTON HERALD LEADER, which included an interview and video of his singing the iconic song “Old Man River.”

Video: What does ‘Old Man River’ mean to ‘Show Boat’?

Article: Star of UK’s ‘Show Boat’ wishes the racism portrayed in musical was all in the past. Read more here. 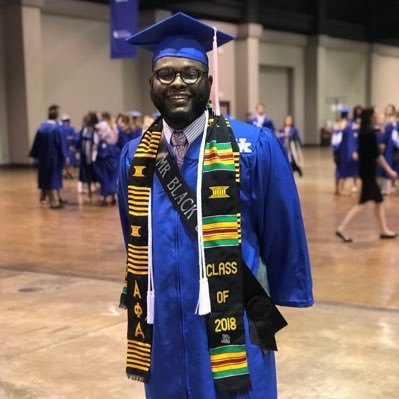 Blake is currently attending Rice University while pursuing a Masters degree in vocal performance under the guidance of Dr. Stephen King. He has shared his excitement with us in writing: “I am blessed to be able to work with the top voice students and faculty in the nation on a day to day basis so it definitely is a great driving force in my development.” Blake feels that he is ‘finding his true sound’ and developing greatly as an artist. He was cast in the role of “Mercurio” in Rice’s 2018 fall opera production of La Calisto. Another highlight is the role of “Elder McLean” in Rice’s opera production of Carlisle Floyd’s Susannah.

Blake will travel abroad for the first time in summer 2019 to participate in a study abroad program in the beautiful city of Florence, Italy. When he returns to America, he will cover the roles of “Pierrot” in Gluck’s opera, L’île de Merlin and “Kaiser Overall” in Viktor Ullmann’s Der Kaiser von Atlantis. He will perform the role of the “Wigmaker” in Richard Strauss’ Ariadne auf Naxos with Wolf Trap Opera.

We look forward to celebrating the many future successes of the talented and hard-working Blake Denson, and wish him all the luck in the world, or, as they say in the opera world, TOI TOI TOI!